Panteion University is an institution of higher education with a great degree of specialization in Political and Social Sciences. It was established in 1924 as a Faculty of Political, Economic and Social Sciences and since 1931 it has operated as the Panteion School of Political Sciences. At the time Panteion University represented a novel initiative in modernizing higher education. In fact, it was the first school for Political Science in Greece and it is among the three oldest universities for Political Science in Europe. From 1963 to 1982 it had two departments, the Department of Political Science and the Department of Public Administration. In 1982 the Department of Sociology was founded, while in 1986 the Panteion Higher School of Political Sciences evolved into the Panteion University of Social and Political Sciences. Now it has four Deaneries and nine departments; to the three existing departments six more were added: the departments of Public Administration, Finance and Regional Development, Social Policy, Social Anthropology, International and European Studies, Psychology and Media. These departments host approximately 18,500 undergraduate students, 1,500 graduate students, while 1,000 PhD students and postdoctoral researchers carry on their doctoral and postdoctoral research. Its teaching and administrative staff is approximately 500 people. It should be noted that many distinguished academics (among which 2 Presidents of the Hellenic Republic) have taught at Panteion. Moreover, Panteion University has 13 postgraduate programs covering multiple research areas, 3 research institutes, 22 research centers, 11 workshops and an interdisciplinary curriculum. It has also established a number of international scientific and research collaboration schemes and it has been assessed by international evaluators. More information is available at the University’s webpage: http://www.panteion.gr/index.php?p=home&lang=en

Director of the Centre for Political Research 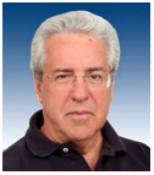 Zinovia Lialiouti holds a PhD from the Department of Political Science and History, Panteion University, Athens. She teaches a post-graduate course at the MA program of the Department of Political Science and History under title “The United States from the Cold War to the Post-Cold War Era: Politics and Ideology”. She participates as a post-doctoral researcher in a research project on the analysis of xenophobia in Greece. She collaborates as a research fellow at the Institute of Historical Research, National Hellenic Research Foundation. Her research interests focus on contemporary political history, American studies, cold war culture, as well as the study of national identities, political discourse and political culture.

Researcher at the Centre for Political Studies

Anastasia Kafe has obtained her PhD in Political Science from Panteion University, Greece and she is a Researcher at the Centre for Political Studies. She has participated in the research program "Designing & Operating an Infrastructure for the Empirical Inquiry of Political & Social Radicalism in Greece" - THALIS project (EU Framework Program) and in the CAICG project "Collective Action of Indignant Citizens in Greece: causes, content, agency, and implications for policy makers. Her research interests lie on mixed methods and especially qualitative methodology, the study of electoral behaviour of several social groups and especially the political behaviour of the unemployed, the implications of economic voting and the extreme right and radical right parties. 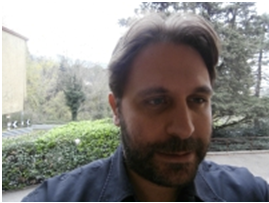